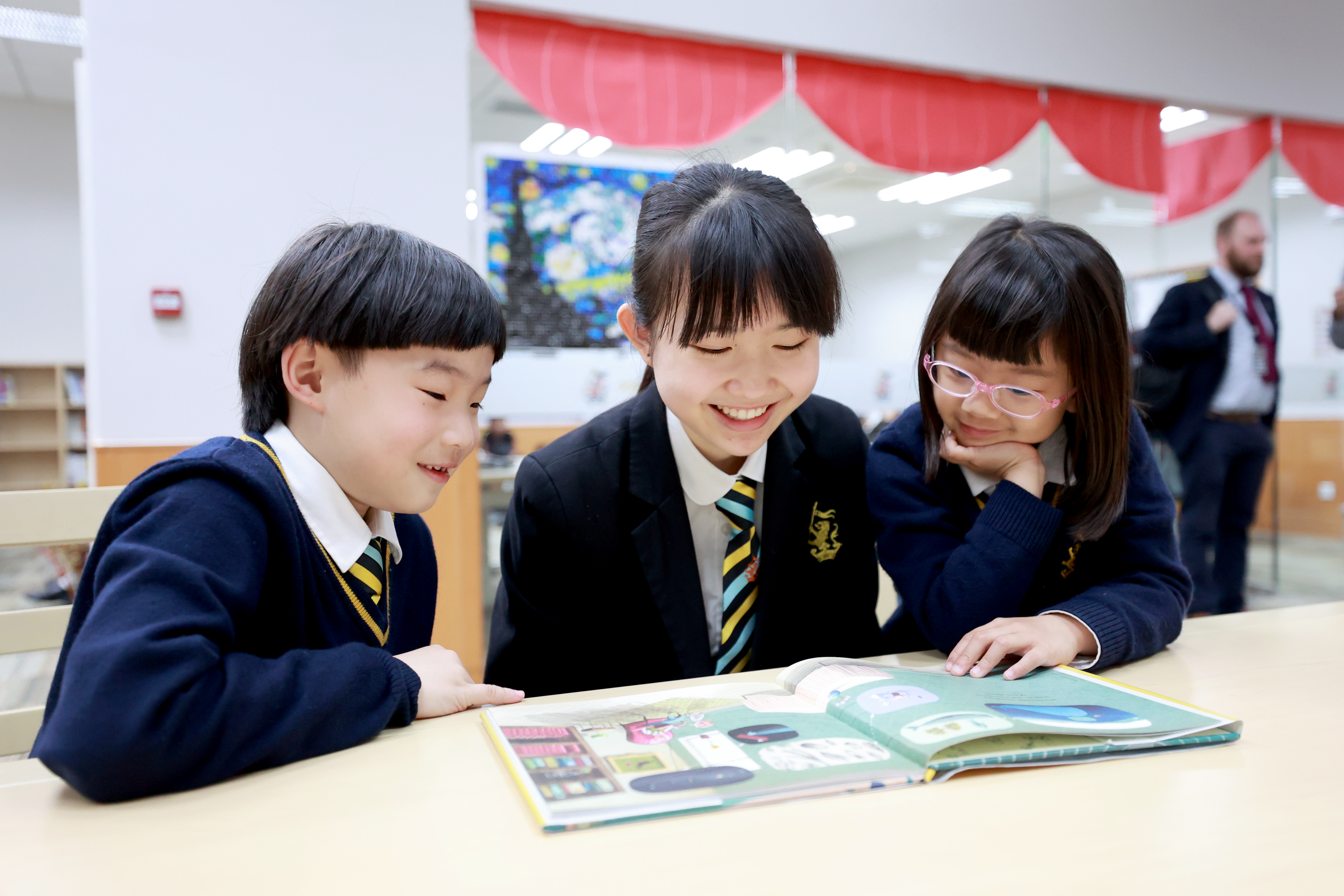 What makes a mathematician? Qiu Chengtong, the first Chinese-American mathematician to be awarded the Fields Medal, known as the Nobel Prize in mathematics, once commented, “Many Chinese children do not see the essence of mathematics. They are happy if they get the answers right and do well in their exams. However, the true essence of maths is not about solving questions, especially not the ones set by others, but to discover research paths, raise worthy questions and blaze a trail of their own.” The inspiration for his remarks on fundamental maths education should put more focus on cultivating pupils’ interest in learning maths and building their maths thinking.

Since its establishment, the Huili maths department has launched the Maths Week programme, which, over the years, has led our pupils to realise that maths is everywhere , to let the magic of Maths unfold , and to find the Beauty of Maths . This year, the maths week theme at Huili was "Maths is fun". Pupils were inspired by the curiosity of creative games and competitions that deepened their understanding of abstract concepts, so they were equipped with the necessary skills to solve practical issues. It is one of Huili's approaches to building the maths thinking of the pupils that allows them to grow into outstanding talents to embrace the ever-changing world.

In the Excellent Teaching and Research Team & Team Leader Selection 2022 organised by Qianjiang Education Guidance Centre, the primary and junior high maths departments of Huili School Hangzhou were awarded as Excellent Subject Departments. So let us look back at our maths week and learn how our award-winning maths team has led Huili pupils to find Maths is Fun.

Pupils shared their skills in speed calculation. They collaborated and competed, fully engaged in this inspiring activity, culminating in the house competition in assembly. After breath-holding rounds answering questions, Si, De and Xian houses won the first, second and third of the competition. Congratulations to our brilliant winners.

There are two solutions.

Grade 3 pupils delve into a fantastic world of geometry by producing elaborated artworks inspired by the mysterious and bewildering Sierpinski triangle, which left the viewers in awe.

Grade 4 pupils used their understanding of fractions and created a creative “pizza fraction”, based on which they created and solved word problems, building a bridge that connects maths with daily life.

Grades 5 and 6 pupils became mathematicians and presented the fun and practical use of maths to the grades 3 and 4 pupils by organising an array of engaging games, such as strategy games, the never-ending chocolate, and the Buffon’s needle experiment. These activities not only inspired the lower-grade pupils to dive deeper but also served as a window for the upper-grade pupils to demonstrate their leadership.

Mile R from 6A said, "I recently transferred to Huili and found maths week so much fun. This is the first time I have had similar activities. What impressed me the most was the “never-ending chocolate” challenge. I read a lot and tried to cut the chocolate by 3x5 or 4x6. Finding out that the chocolate was not literally “never-ending” was a pity, but I was still thrilled because our team worked together and found the solution independently.  "

Catherine W from 5A  said, "Maths week was a time for me to practice my public speaking. I thought I would be scared and anxious, but instead, I was filled with a sense of achievement after presenting to the grade 3 pupils."

The Maths Carousel was culminated by parental involvement this year. Parents became co-organisers and shared with pupils next to the exhibition desks they decorated by themselves.

One of the parents said, “My child used to be a bit scared of learning maths, but in this project-based inquiry learning process, he gradually realised that maths could be so much fun. It is great to see him come home every day eager to gather information for his presentation projects and learn something new.”

Another parent said, “This Maths Carousel is extremely fun. We got to see how children learn maths at Huili, which gives us more confidence in their performance.”

One of the highlights of this year’s Maths Week was the Treasure Hunt. The maths team prepared dozens of treasure-hunting routes and envelopes with hidden treasures. Pupils were grouped by houses to decipher the clues to the destinations through teamwork and answering questions. Some read the campus map carefully and managed to locate the spot with the given coordinates. Some unveiled the secrets of the bookshelf’s arrangements in the library. Some pinpointed the locale of their target according to the rows and seat numbers at the grand theatre. Finally, they ran to the destination in high spirits on campus. What an exciting and innovative game.

It is a fascinating arithmetical puzzle that requires the participants to find a way to manipulate four numbers to reach a result of 24. Our maths department prepared the unknown every day as a warm-up exercise before each lesson to encourage more participation from our teachers and pupils. It allowed the teachers to see our pupils’ strong calculation skills and extended the fun of maths week to every classroom.

Have a go at the game: There are ten combinations to reach the final result of 24 with the numbers 7, 4, 3, and 9. How many can you think of?

Slide down to the bottom for the possible answers. We were surprised to learn that many junior high pupils were already experts in solving Rubik’s Cube. Their proficiency was astonishing, having solved complex cube puzzles within less than a minute. At the assembly on Friday afternoon, we held individual and team competitions with a dozen players standing on the stage and spinning their cubes. Jeffery won the race by solving a Rubik’s cube within 22 seconds. What a remarkable achievement.

We also held a parent workshop on “how to inspire pupils’ potential through maths teaching”. Ms. Li, Head of Junior High mathematics, elaborated on the maths activities and teaching strategies at Huili and their significance. We invited parents to experience the maths lessons to realise that learning maths is not simply about gaining a higher academic score but also about raising maths logic and a way of observing the world.

November is a month with abundant maths activities. Besides our annual maths week, there are plenty of maths competitions, such as the American Mathematics Competition (AMC10/12), the American High/Middle School Mathematical Contest in Modeling HiMCM/MidMCM, and the British Mathematical Olympiad (BMO). Activities and competitions are combined in our daily teaching at Huili so all pupils can fully engage in maths learning, feel the wonder of maths and improve themselves through positive competition.

Maths is the universal language of all sciences. We hope that Huili pupils’ interest and passion for learning maths are inspired by the engaging maths week and that their maths logic is established to grow up to be outstanding pupils with critical thinking abilities.

Answers to the 24 puzzle

Excelling as English learners and beyond